The new Teleton Antofagasta institute, which opened its doors in 2020, has 3,000 mt2 and will be able to serve twice as many patients in the region and its surroundings, with a projected 40 years of operation. It also has state-of-the-art technology for rehabilitation processes, such as a gait laboratory, multisensory rooms, a therapeutic pool and technological equipment that will enable the use of telerehabilitation as a remote care tool, among other elements. The new building includes an inclusive park, multi-pitches and an auditorium that will be open to the Antofagasta community, as a way of encouraging the development of sports, art, culture and family activities. Among the features of this center are its energy efficiency criteria -solar photovoltaic and solar thermal energy-, recycling of drinking water and efficient lighting.

In 2014, the Luksic family committed to fully finance the construction and implementation of the new Teleton Institute in Antofagasta, which materialized through a donation of $10 billion pesos. The building is located on land that was donated by the Municipality of Antofagasta, located in the northern part of the city – between Francisco Puelma and Oficina Carmela streets, in the sector popularly known as “La Chimba”.

On September 4, the neighbors of the sector participated in a community opening activity at the new facility, where they were able to get to know it in depth through a tour guided by Teleton volunteers. In addition, several artists from the commune performed at the event and there was a fair of local entrepreneurs, who offered a variety of products from jewelry to pet accessories.

“We are happy because we had a good turnout both from the community that we invited to this activity and also from people who are from home. We are also grateful for the commitment and the work we have done side by side with the Luksic Foundation. It is a new experience for both institutions and we are very happy, because they cordially agreed to accompany us in this milestone which is really a moment that will mark the history of these 40 years of the institute in Antofagasta”, commented Sebastián Azares Avilés, Director of the Teletón Antofagasta Institute.

On behalf of the Luksic family, Álvaro Ipinza, general manager of the Luksic Foundation, expressed his gratitude and support. “The Luksic family has always been committed, and will continue to be, to Antofagasta and the Teleton. This center is an open space for the entire community of La Chimba, and we are very happy that the neighbors have been able to tour the center and learn about the great work being done here,” he said.

Regarding the community of La Chimba, the neighbors were grateful for the open invitation to the inauguration of the center. “The fact that the Teleton is in this area will bring about the integration of many neighbors. In fact, a large part of the industrial sector is here, and it is so beautiful that it is really exciting to be here,” said Karina Cortés, President of the Portada Norte III Neighborhood Board. 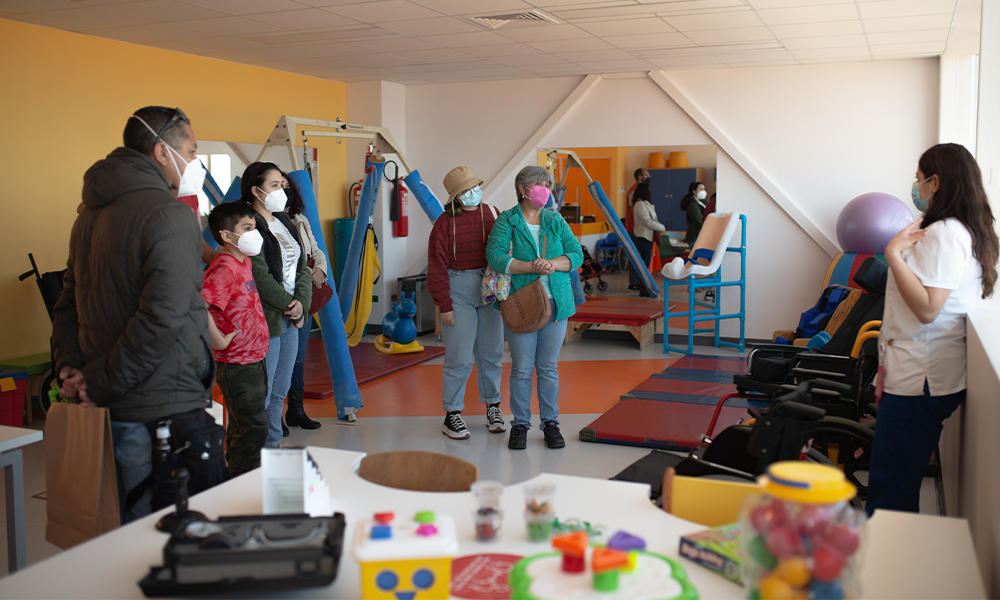