Lessons and challenges of the Specialized Residence for Adolescents project

Four years ago, an alliance was formed between Hogar de Cristo, Fundación Colunga, Fundación Ilumnia, Kawoq and Fundación Luksic, whose objective was to implement the Pilot Project of a Specialized Residence for Adolescents whose rights have been violated.

The project was born in 2015 from a reflective process of Hogar de Cristo itself on the standards implemented in its residences. This process had a first stage of reviewing more than 300 documents from 38 countries. The second stage involved a methodology proposed by the RAND/UCLA corporation, which brought together a group of 52 national and international experts and resulted in a set of 90 minimum standards for working in shelters.

In April of this 2022, the realizers of the project met to share the learnings and challenges left by this unprecedented evidence-based project.

“These problems are structural and complex. They are not solved by one organization alone, they are solved by an alliance with collaboration and team effort.  By influencing public policy, raising public awareness, and promoting good practices based on evidence, with the aim of a fairer, more equitable country with standards of dignity for all,” said Hogar de Cristo’s National Social Director, Paulo Egenau.

“Projects like this confirm the importance of working together with different actors in order to face the challenges that our society is experiencing,” commented Paola Luksic, president of the Luksic Foundation.

Macarena Cea, director of the Evaluation and Measurement area of the Luksic Foundation, emphasized the importance of working based on evidence: “It is essential to evaluate the implementation of programs, as this always yields revealing lessons that allow us to make the necessary adjustments along the way. In this way, we will ensure that development bears fruit and results are maximized.

For her part, Paz Garcés, Colunga’s Director of Public Impact, explained that one of the most relevant challenges presented by the project is the need to implement intervention models for girls and adolescents with a gender focus. To this she added that “there is an enormous challenge for the State, which is how the different services interact in favor of the children and adolescents in the residences. Making intersectoriality operate in the public sector is a great challenge”.

Other learning identified refers to the importance of working from the beginning with a view to graduation. This is because young people do not have clarity about the future, so it is necessary to prepare adequately for this, considering the diversity of possibilities for children and adolescents to graduate and involving them directly in the development of the plans.

Beyond the actual implementation of the pilot, the project was able to evaluate the design, processes and impact, whose main findings were recapitulated in “Evaluation of Hogar de Cristo’s child and adolescent protection residence pilots, 2021” by the team from the School of Government of the Pontificia Universidad Católica, as well as the document “From Saying to Right: Being a child in a protection residence in Chile”, which was launched in 2021, with a high level of public impact.

During the past year, when the implementation of the new standards continued in the Maruri residence, the technical model was evaluated by the team of the Center for Justice and Society Studies of the Pontificia Universidad Católica de Chile, which developed a study that would serve to complement an implementation plan that would facilitate the installation in new residences. The UC team, within the framework of this project, also elaborated the “Study of transition to adult life of adolescents in the protection system in Chile” (2021).

In addition, the project developed various advocacy actions, being of great relevance the convening of an Advisory Council with experts who accompanied the initiative from the early years. In addition to this, in 2021 an Advocacy Plan was implemented involving key actors to mobilize changes in the standards of residences and other organizations of the civil society ecosystem focused on childhood and alternative care. 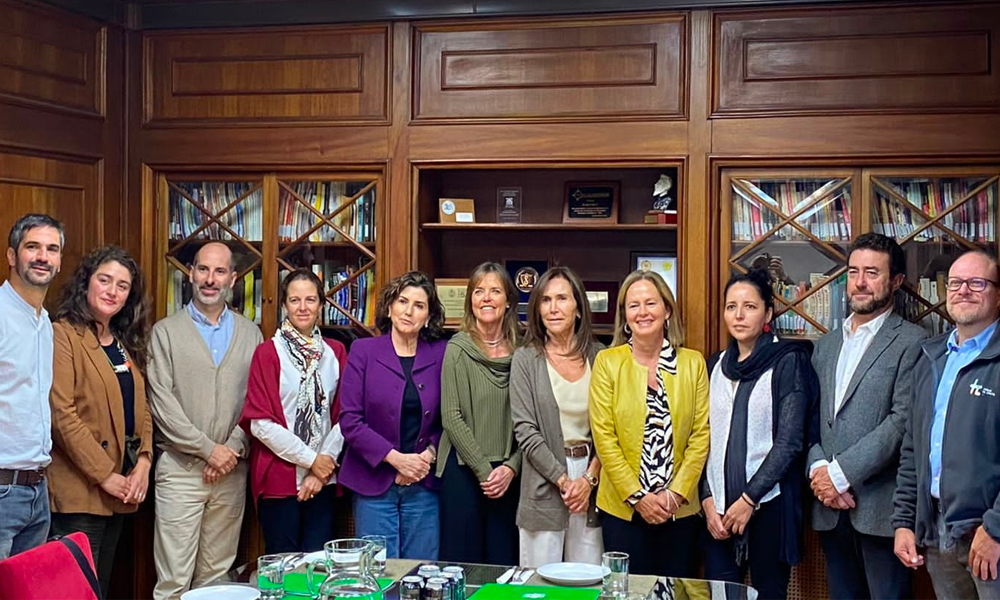