Cristián Figueroa, Impulso Chileno winner: "Today what stands out most is the experience I gained thanks to the mentorships"

With only 22 years old, the entrepreneur Cristián Figueroa from the Región del Ñuble, was one of the winners of the first version of Impulso Chileno. He won with his sourdough bakery and today, two years later, he tells how the pandemic became an opportunity to transform his business and thus consolidate “Nomade Bakery”, which already has more than 25 points of sale in Chillán.

For many, perhaps he was too young, for others a bit of a dreamer. However, those prejudices encouraged Cristián Figueroa even more to continue and work to consolidate his bakery, a business that although it was going well, it needed a push to keep growing. With that goal in mind, in 2018 the entrepreneur from Chillán decided to apply with his business “Cristián Lo Trae Bakery” to the first version of the entrepreneurship contest Impulso Chileno, from Fundación Luksic. He was 22 years old and competed against 8,000 other entrepreneurs from all over the country.

With a very good presentation and pitch in the eyes of the jury and the attendees of the first grand final of the contest, Cristián became one of the big winners and even made it to the top 20. He received funding and academic support for 6 months with the Escuela de Administración UC.

Impulso Chileno is a contest and initiative that is part of the entrepreneurship area of Fundación Luksic. In its three versions, it has received more than 30 thousand applications from all over the country and has awarded 220 entrepreneurs with financing and support for 6 months, so that they can move their businesses forward.

“In Impulso Chileno I met and learned from many entrepreneurs, I made great support and contact networks. I received very good advice from the mentors. I won and was able to finance machinery, fixed assets and above all learn how to make a business model. Today what I highlight most is the experience thanks to the mentoring,” says Cristián.

That experience, he says, taught him not to give up, because after winning Impulso Chileno, the economic situation was very difficult and affected his business a lot, even leading him to lose much of the progress he had made. He was forced to leave again, but as a good entrepreneur, he continued working and looking for new opportunities. Together with his brother-in-law and now partner, Felipe Yáñez, they started again.

Putting into practice what they learned, in July 2020 and despite the constant threat of quarantines, Cristián and his partner relaunched the bakery, now called “Nomade Bakery”, with new processing lines, an original line in sourdough products, in addition to the traditional bread with yeast, whole grain breads and seed bread.

They started selling between 30 and 40 loaves a week and gradually gained the trust of people and shop owners, who preferred their products rather than going to traditional stores. In only four months, Cristián achieved surprising results: selling between 400 and 500 loaves of bread a week in 25 points of sale in Chillán and even generating employment since he had to hire workers. His customers are now neighborhood stores, grocery stores, greengrocers and cafés. In fact, its main client is the famous local hamburger restaurant “Randys Burgers” in Chillán.

Figueroa says that sales “have gone up a lot” and that with hard work and dedication they have managed to make themselves known in the area and add more customers every day. In fact, Cristian is testing new recipes to launch new products, taking advantage of the exponential growth of the business. In addition, together with his partner, they are applying for a Corfo fund to continue growing: “We were able to take the leap. Now with Nomade Bakery our goal is, within the next few weeks, to close new points of sale in Concepción and Los Angeles. In the future we also want to enter the retail world,” he says.

The application dates for the fourth call of Impulso Chileno 2021 have not yet been defined. All the news and upcoming requirements will be announced through the contest’s official social networks. 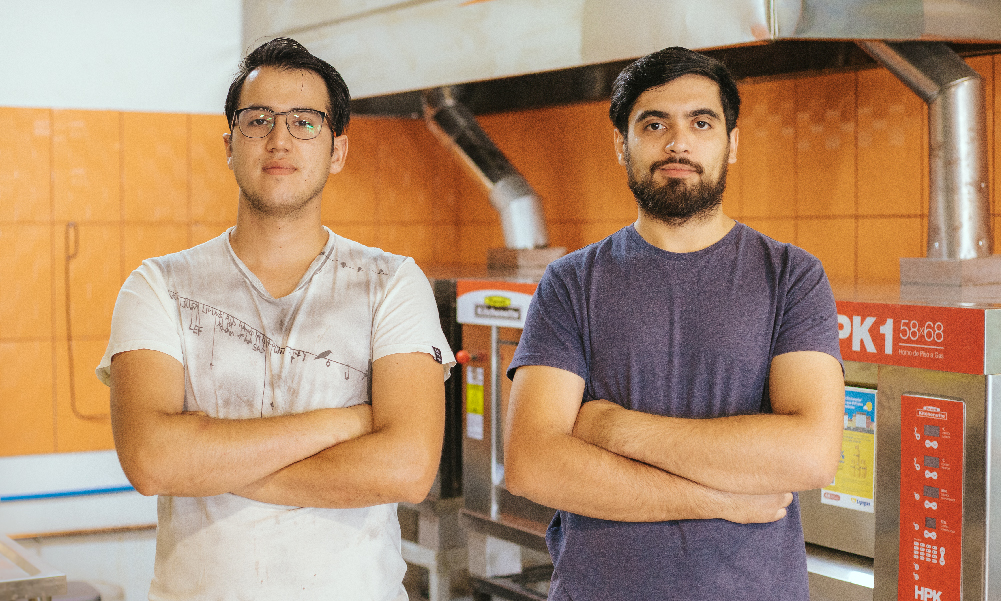