The objective of Fundación Luksic’s new Despega Mujer program is to empower women entrepreneurs in order to promote their transition to a higher business segment, through comprehensive support with a gender focus. The beneficiaries will receive $2 million pesos in financing to grow their businesses, as well as technical and academic support from experts in Chile’s entrepreneurial ecosystem.

The economic crisis generated by the pandemic has affected our country in different areas and especially with regard to employment: the consolidated unemployment rate in 2020 increased 3.5 percentage points with respect to the previous year, reaching 10.7%, as reported by the National Statistics Institute (INE). In the female segment, unemployment reached 14.9% and it is estimated that more than 800,000 thousand women left the labor force during the past year.

The study Female employment and Covid-19: Diagnosis and proposals of the UC Public Policy Center, reveals that the participation rate of women went back a decade, reaching 47%, thus returning to 2010 levels (46.8%). These figures are due to the fact that, due to mobility restrictions, women had to increase their burden of housework.

Aware of this complex scenario and that entrepreneurship became a real and necessary option for many women, the Luksic Foundation, in alliance with the Simon de Cyrene Corporation and the Building My Dreams Corporation, decided to launch its new program Despega Mujer, which aims to empower women who already have an excellent entrepreneurial profile, in order to encourage their transition to a higher business segment, through comprehensive support with a gender focus.

“The pandemic implied a setback of almost 10 years in female labor participation, a very worrying statistic. At the Luksic Foundation we are convinced that entrepreneurship is the country’s economic engine and we have seen firsthand the strength of Chilean women entrepreneurs. With this new program we want to provide more and better tools to women, with an accompaniment made especially for them, so that they can get their businesses off the ground and with that, their life trajectories”, commented Paola Luksic, president of the Luksic Foundation.

Despega Mujer is a program that is part of the Entrepreneurship area of the Luksic Foundation, which develops different support initiatives for entrepreneurs, such as the Impulso Chileno contest, which has awarded a total of 220 entrepreneurs from all over the country in its three editions, 52% of these winners are women.

Financing, technical and academic support with a gender perspective

The women’s entrepreneurship program has the collaboration of Fondo Esperanza, an expert in entrepreneurship, which will select a group of women who have participated in its programs to apply to the Luksic Foundation’s initiative. Women entrepreneurs from the districts of Antofagasta, Puerto Montt, Renca, Independencia and Quinta Normal will be invited to apply and 20 winners will be selected to participate in the first cycle of this program.

The beneficiaries will receive financing of $2 million pesos to invest in their businesses, plus technical and academic support through a 30-hour training program and personalized mentoring for 6 months, provided by experts from Corporación Simón de Cirene.

In addition, the program will have “learning circles”, guided by the Corporación Construyendo Mis Sueños, which consist of spaces for conversation, follow-up and group accompaniment among the selected women. The objective is for them to meet once a month to accompany each other in the development of their enterprises, with the support of a tutor who will teach self-management skills so that the circles can continue after the program ends.

“This alliance with the Luksic Foundation generates a multiplier value for the women entrepreneurs who will participate, as it is not only an injection of financial resources, but also of social and educational capital. We hope that this project will help to increase the productivity of their businesses, to reduce their exposure to risk and improve their quality of life and that of their families, especially in such complex contexts as the pandemic,” said Mario Pavón, general manager of Fondo Esperanza.

“We hope that this first version of Despega Mujer has very positive results so that we can replicate it and thus promote more women throughout Chile, generating a critical mass of entrepreneurs who can support and accompany their close peers in the future,” said Constanza Arcos, Coordinator of the Despega Mujer Program of Fundación Luksic.

During March and April, women entrepreneurs will be selected to participate in the program, which will begin to be implemented in May. All information about Despega Mujer will be published on the website www.fundacionluksic.cl. 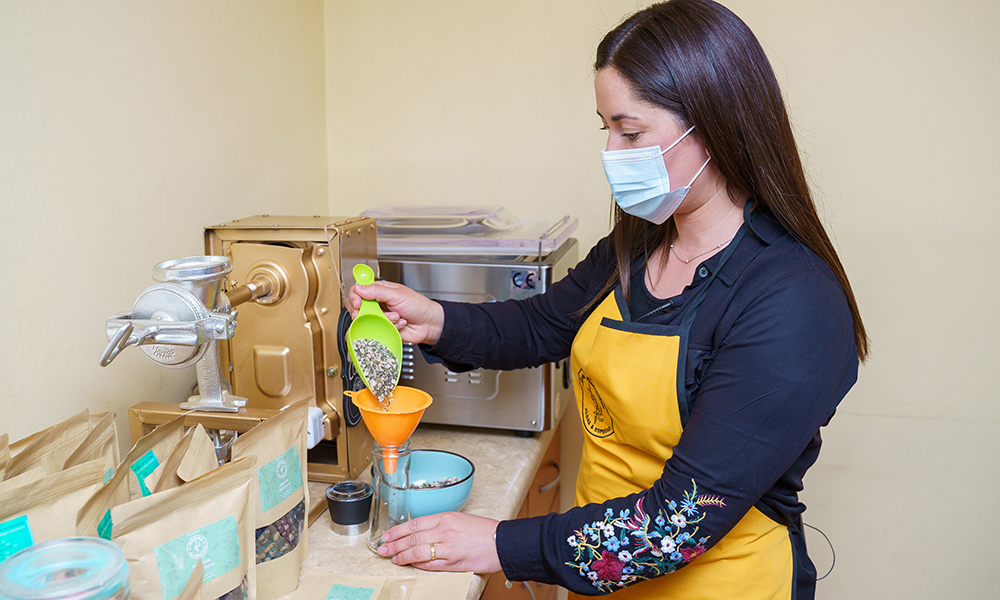