Among guitars and violins: the luthier who keeps tradition alive in downtown Concepción

Entrepreneur Tomás Pino has dedicated his life to making and repairing stringed musical instruments. Through the Impulso Inicial program of Fundación Luksic, he received tools and supplies to grow his workshop in the Biobío Region.

The city of Concepción has a long tradition associated with music. Over the years it has stood out for its carnivals, plays, concerts and nightlife. But where there are musicians and musical instruments, there must also be someone to make and repair them. That is the story of the enterprising Tomás Pino, a 47-year-old master luthier who keeps the tradition alive in the center of the city of the Biobío Region.

In an interview with Canal 9 de Concepción, the entrepreneur told that since he was a child he dreamed of being a famous musician. Since his parents could not buy him the instruments he needed, he decided to learn to make them himself. “My interest in instruments started in the 80s, when I was in high school. At that time there was no internet, so I had to seek knowledge by going to libraries, looking for books and participating in workshops,” recalls Tomás. At the beginning, he only fixed and made instruments for himself and his friends, never imagining that in the future it would become a business.

Today he is proudly one of the few luthiers in Concepción who works every day repairing stringed musical instruments. “Currently there are few luthiers in Chile. The instrument is like an extension of the musician’s body and my intention is precisely to repair, calibrate and maintain the instruments in optimal conditions so that people can play well”, said the owner of “Maestro Luthier Concepción”, located in the center of the city.

According to the entrepreneur, after the social outbreak and the pandemic, people dusted off old instruments they had in storage and had them restored and calibrated. Given the increased interest of customers in repairing and acquiring instruments, Tomás decided to grow his business and to achieve that goal he was supported by Impulso Inicial in October 2020.  “I received a contribution that was used to renew my tools and buy supplies that allowed me to make repairs. That was a very big help,” highlighted the luthier.

The Fundación Luksic programs seeks to provide opportunities to entrepreneurs and athletes from all over the country through concrete contributions such as machinery, raw materials and clothing. The program operates throughout the year and to submit an application and find out about the application requirements, people should write directly to Impulso Inicial’s social networks, which can be found at www.impulsoinicial.cl.

After almost a lifetime dedicated to music and instruments, Tomás is clear that he wants to continue dedicating himself to his passion. “I see myself old, with a white beard, working on this. I love the instruments when they arrive full of dirt and with the smell of old wood. I project myself in what I do for a long time to come.”

We invite you to watch the full interview in the following link. 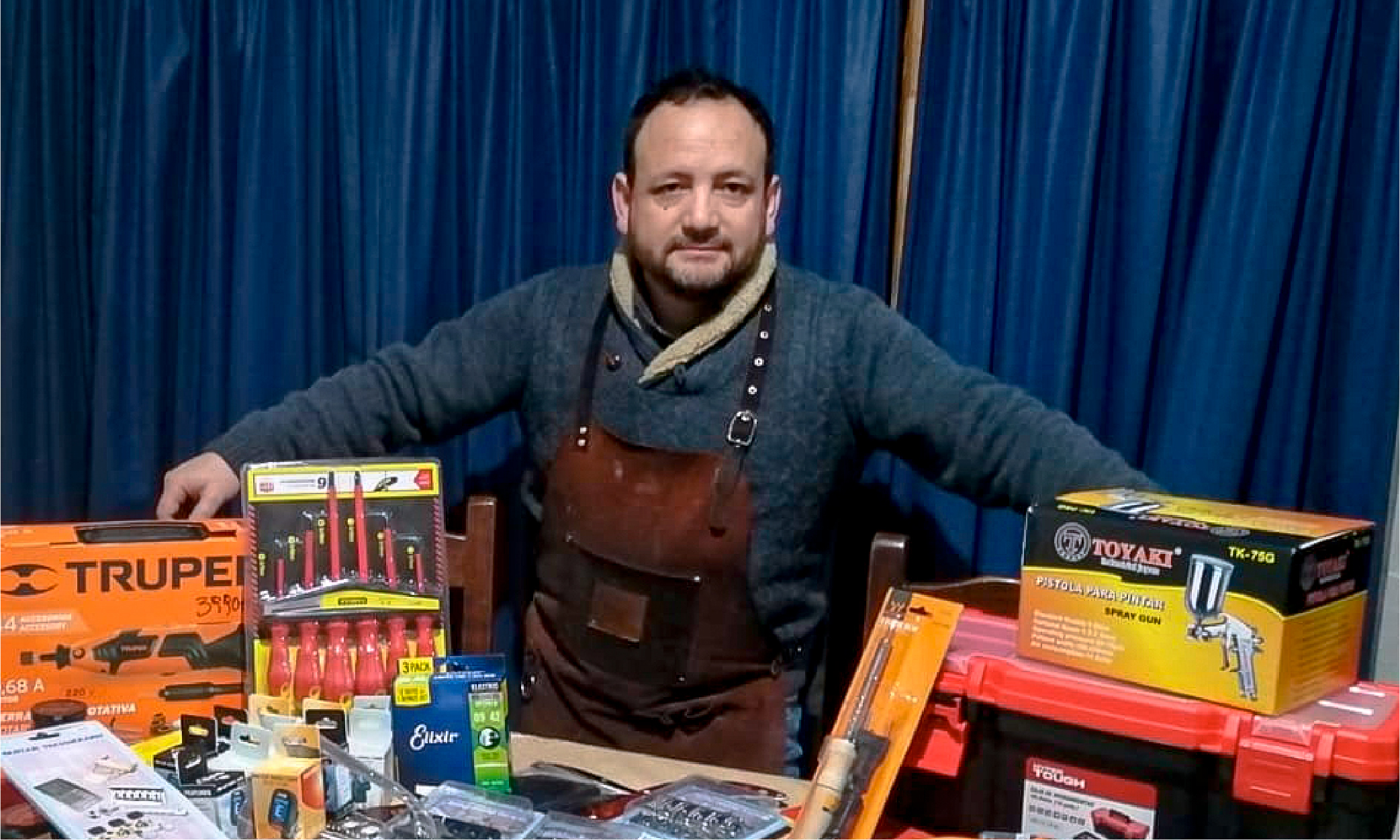