Field hockey is a discipline that promotes teamwork, leadership and fellowship. A month after the official launch of the three free field hockey schools in the Metropolitan Region, a student and her guardian tell us part of their experience.

That morning, Antay Gómez (11 years old) woke up with a mixture of excitement and nervousness, as it would be the first time she would participate in a sports clinic. He prepared his uniform, water bottle and went with his family to the inauguration of the field hockey schools, a new initiative of the Sports area of the Luksic Foundation, at the Enrique Soro Sports Center in the commune of Independencia.

“Field hockey was a sport I didn’t know, where I have been gradually getting used to. In general, I like everything about the training sessions, but the best thing is playing the games. The teachers are great with us and so are the classes”, commented the student who participates at the Peñalolén site.

This year the Luksic Foundation restructured its areas of work, incorporating sports as a fundamental pillar to provide social-emotional competencies through the development of training, recreational and competitive initiatives for children and young people.

In April the first hockey training sessions began in Independencia, Lo Prado and Peñalolén, where little by little the girls have been falling in love with this sport. On May 7, with the presence of more than 60 students from the aforementioned municipalities, the Foundation officially launched the new schools in an entertaining morning of sports, led by the national field field hockey teams Claudia Schüler, Sofía Filipek, María Jesús Maldonado and Sophia Lahsen, athletes who were part of Chile’s historic qualification to the 2022 World Cup, achieved in January of this year.

Jaime Pizarro, director of the Sports area of the Luksic Foundation, explained one of the objectives of the Foundation and why it was decided to promote this discipline. “We seek to bring field hockey closer to the entire community and break down certain myths about this discipline. This sport extols values such as teamwork, leadership and companionship, which we consider fundamental for the integral formation and development of girls,” said Pizarro.

Marcelo Gómez, a parent of Antay Gómez, evaluated the implementation of the schools very positively: “The truth is that, like my daughter, I only knew field field hockey from television, but the school has shown me that it is a highly demanding sport and the teachers in charge are doing a very good job, as they have achieved good results with the girls”, he said.

Field hockey: a discipline that is on the rise

After the qualification of the Chilean women’s field hockey team to the next World Cup that begins in July in Spain and the Netherlands, Sergio “Cachito” Vigil, coach of the national team, comments proudly on the growth of this discipline and the values that this sport provides. “Today, the Diablas are recognized throughout the country. All of field hockey knows about them and in the next few years they will become even more popular. Undoubtedly, they have been able to transmit a spirit of integration and have generated a spirit of possibility, above all they have left the value that with effort, training and enjoying the way, you can dream big and worldwide”, he expressed.

There are currently more than 90 girls enrolled in the sports training that takes place in these three communes of the Metropolitan Region. On the other hand, the Sports area, through its training schools, also implements free soccer schools, which also seek to be safe and comprehensive instances for physical activity. 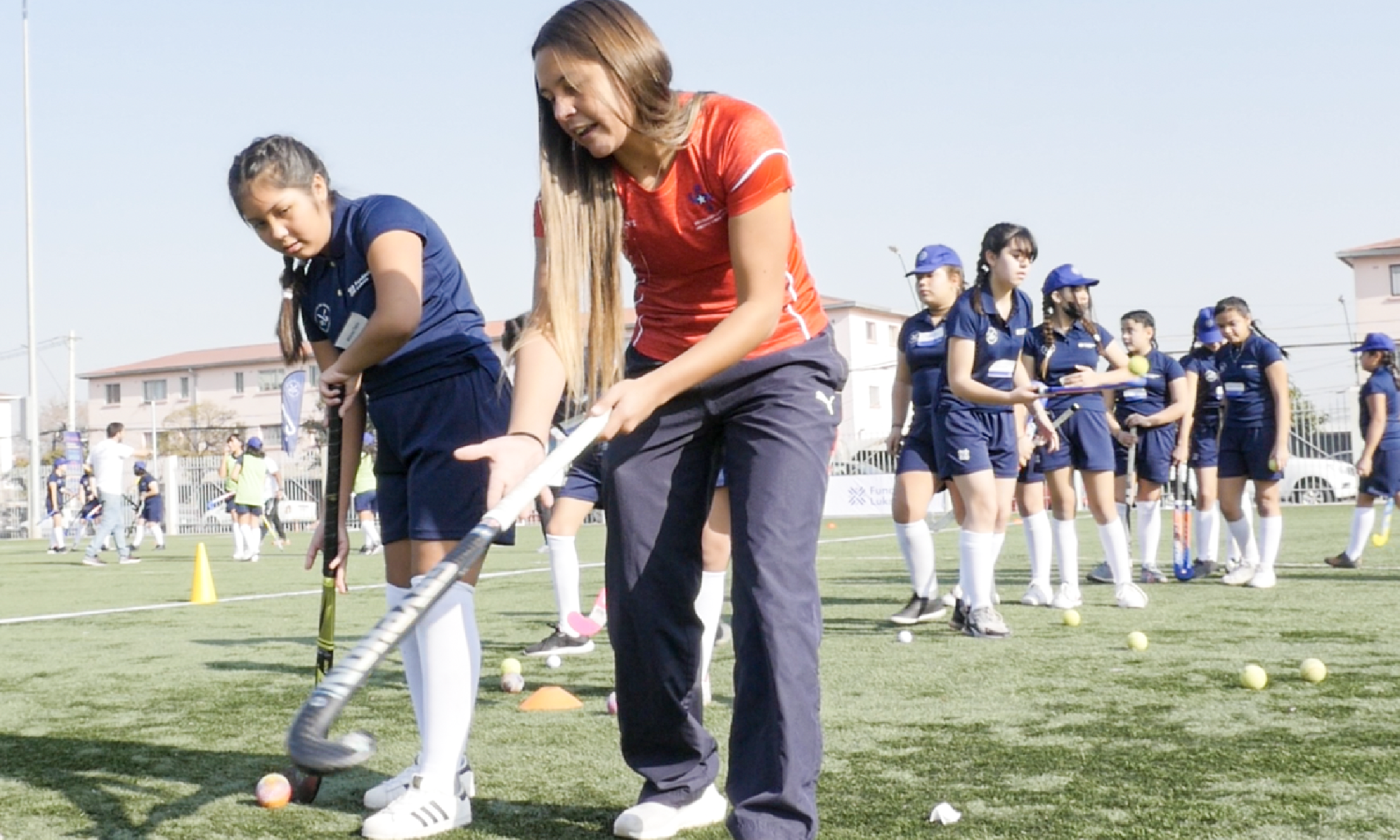