Older adult, glass fusing artisan, basic recycler certified by the Ministry of the Environment and promoter of an active old age. That is the letter of introduction of Linda Ugolini (74), an entrepreneur from the commune of Alto Hospicio, Tarapacá Region, who has managed to turn the hand of fate by doing what she loves most: giving a second life to what others consider garbage.

Her story dates back to 2014, when she and her husband and life partner began making the classic glass and aluminum display cases used to display candy and other products in businesses. However, that creation process left a lot of leftover material that Linda was not willing to waste.

“I had a lot of glass left over and I didn’t want to throw it away, because I knew there were other options such as glass fusing, which allows us to melt the material. So we started to make some little things like glasses, ashtrays, vases and spice racks,” he recalls proudly. In this way, she began to combine both jobs, until she decided to dedicate herself entirely to the production of objects made from recycled material.

Linda sees in every bottle a possibility for reinvention. Any large liquor container can easily be transformed into a candelabra, lantern or magic lamp, while a beer or wine bottle is an ideal candidate to become a glass or a drinking glass. It’s just a matter of getting creative and let’s get to work!

But glass is not the only material that the entrepreneur takes advantage of, as it has also begun to dabble with wood. “With my husband we also collect the boxes where the fruit comes. People throw them away, but we take them apart, sanitize them and separate them to make fruit bowls, little carts and children’s tables, among other things. Nothing is lost. We have to recover the environment,” Linda explains.

As the business grew and captured clientele, so did the needs. The couple needed a roofed place to work, to be able to protect their fragile products. So one day Linda saw on Facebook, the platform where she also sells her creations, a review of the Impulso Inicial program and decided to apply. “Now I look at my little roof and I’m happy,” says Linda after receiving support from the program of Fundación Luksic.

Macarena Van Dorsee, director of Impulso Inicial, explains that the program is focused on providing support mainly to entrepreneurs and athletes from all over Chile. “Every week we receive and welcome hundreds of applications, 67% of which come from regions. During 2021 alone, we have supported more than 2,200 cases such as Linda’s, who thanks to this support has been able to access a more suitable place to carry out her creations” and adds that to learn about the program’s requirements and send an application, people should go to www.impulsoinicial.cl.

Now the artisan’s projections are ambitious. Without hesitation, she says she hopes that her business will continue to grow, “to have a person with a contract. That is my goal, not to stay alone. I want to give opportunities, just as Impulso Inicial gave them to me. 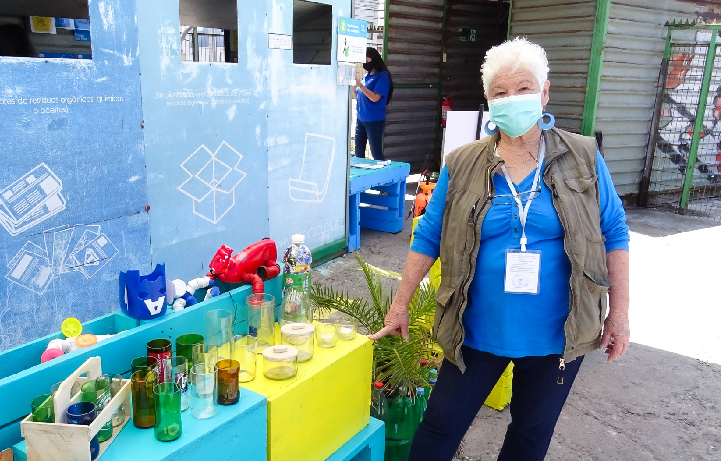