With enthusiasm and motivation, this Saturday, May 7, the Luksic Foundation’s Hockey Schools were inaugurated. More than 60 girls from the districts of Independencia, Peñalolén and Lo Prado arrived, accompanied by their parents, at the Enrique Soro Sports Center in Independencia, to participate in a morning of sports.

At the event, the students of the Luksic Foundation Hockey Schools participated in sports clinics in which they developed different activities guided by their teachers and the national teams Claudia Schüler, Sofía Filipek, María Jesús Maldonado and Sophia Lahsen. These athletes were part of Chile’s historic qualification to the 2022 World Cup in January of this year.

The family activity was the official launch of the Luksic Foundation’s Lawn Hockey Schools, which began operating at the beginning of April and already have more than 100 girls enrolled in the three districts. The schools are free of charge and involve girls between 11 and 14 years of age.

“Through the Luksic Foundation’s Sports area, we want to provide life tools, development opportunities and socio-emotional skills to children and young people from different districts of the country. With these nascent Hockey Schools we want to generate spaces for recreation through the practice of physical activity, and also promote the adoption of healthy habits,” said Jaime Pizarro, director of the Foundation’s Sports area, at the activity.

The field hockey school program has been joined by “Reyes de Barrio”, a free soccer school initiative developed by the Luksic Foundation in 11 districts of the Metropolitan Region. In the 14 schools that are operating in these districts, the program already has more than 600 boys and girls enrolled.

Promoting field hockey and its values

Field field hockey is a discipline that, both in Chile and in the world, is growing strongly. This sport, in addition to promoting physical activity, encourages teamwork, companionship and empathy, among many other values.

Aware of this, the Luksic Foundation decided to create schools to teach this discipline. “We hope to be able to reach more communities in Chile with this type of program. We are convinced of the importance of promoting physical activity and healthy living in children and young people to provide them with tools and skills that we consider fundamental,” said the president of the Luksic Foundation, Paola Luksic.

In addition to the national teams, representatives of the Chilean Field Hockey Federation, such as Larry Sargeant, director of the Federation, and Sergio “Cachito” Vigil, coach of “Las Diablas” since 2016, participated in the launch of the schools at the Enrique Soro Sports Center.

“As a Federation we have focused during the last years on making visible and massifying the practice of field hockey at a national level to make it accessible to all. Initiatives like this one go in that direction and it seems fundamental to us to support them,” said Larry Sargeant about the program.

Field field hockey at the national level has had an important development that has been reflected in the results of the national teams, and Chile already has five medals at the Pan American level, all of them bronze medals (the women in the 2011 Games and the men in the 1983, 2007, 2011 and 2015 Games).

In January 2022, at the Pan American Cup, Chilean field hockey experienced a historic event with the qualification of the women’s and men’s adult teams to the World Cup: curiously, both teams qualified by beating the USA in one of the semifinals and on penalties.

“In life we can never lack a dream. The biggest dream is for us to be families through sports. Thank you moms, dads, family members, to see their smiles enjoying, is what makes you think that it is worth it. Thank you for accompanying this dream”, said Coach “Cachito” Vigi at the event. 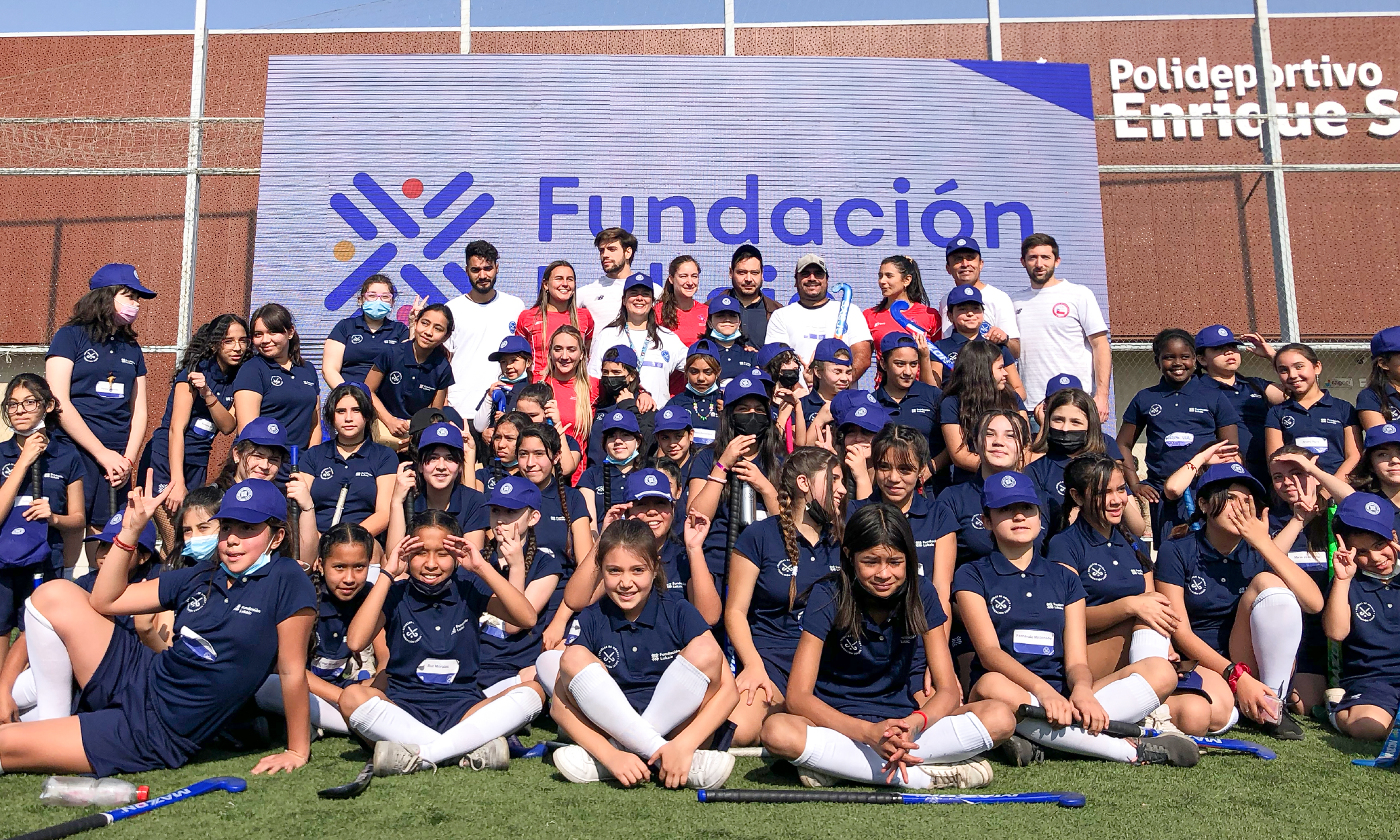