The Luksic Scholars Fund already has its 13 beneficiaries who will receive up to US$ 5,000 to finance executive courses or research projects

A total fund of US $ 46,000 will be distributed among the 13 winners who have carried out their programs supported by Luksic Scholars between 2007 and 2019, both in Chile and abroad, and come from four countries around the globe.

The Luksic Scholars Fund (LSF) is a new funding opportunity, for up to US$ 5,000, offered by the Luksic Scholars Foundation to members of its network – A.K.A Scholars-, in line with the commitment to support the continuous training and personal development of the Scholars community.

The LSF was created in response to comments and requests for financial support made by the members of the Scholars network, thus emerging as a financing alternative specially designed so that they can take advantage of programmatic or academic opportunities presented during the current pandemic. This Fund offers two sources of funding: one to support continuing professional development, through online executive education; and the other to support innovative and small-scale academic research projects, in any of their stages.

“This initiative will allow us to continue connecting with the Scholars, and also connecting them with their peers and relevant institutions”, points out Jeff Swiryn, Executive Director of the Luksic Scholars Foundation.

In this first edition, the initiative has 36 virtual applications, both in English and Spanish, which were first evaluated by the Luksic Scholars team through a SAFe evaluation (Suitability, Admissibility and Feasibility.)

In the case of research projects, these were also evaluated by an external Evaluation Panel. The committee, composed by Xue Jian, Professor and Associate Dean, School of Economics and Management, Tsinghua University; Steve Reifenberg, Associate Professor, Chair in International Development, University of Notre Dame; Georges de Bourguignon Covarrubias, Investment Director, ASSET AGF; and Stephanie Dazin, Director of Nexo Internacional, from the Economics and Business college at University of Chile, evaluated the applications using criteria of clarity and coherence of ideas; originality and creativity of the project; demonstration of the impact of the project; and feasibility of delivery.

“This is an opportunity to help Scholars from all over Chile and anywhere in the world, to get through this 2021, so they can expand their international networks. We look forward to a new iteration in the future, once we evaluate the real impact of this fund on the professional and academic profiles of the winner Scholars”, explains Ben Thompson, Project Coordinator at Luksic Scholars. 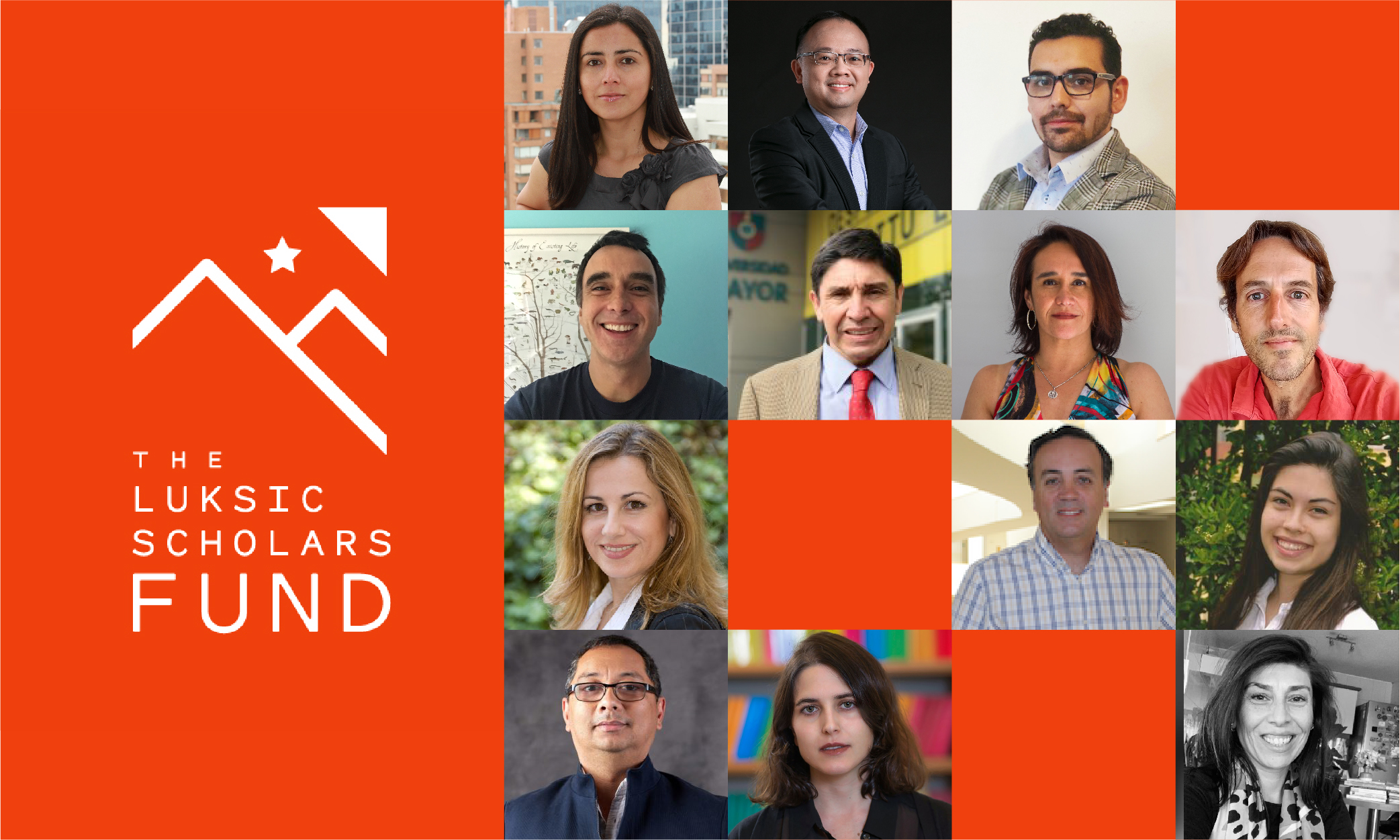