One of the objectives of these schools of the Luksic Foundation is to contribute and support families to develop positive parenting based on the teaching of parenting skills. To this end, weekly online seminars are being held so that parents can learn about this practice and share experiences.

More than 100 families belonging to the Luksic Foundation’s Soccer and Hockey Sports Schools have participated in the talks on positive parenting, which are part of the seal of the programs designed and implemented by the Foundation’s Sports area.

For Carolina González, proxy of the Reyes de Barrio de Puente Alto – San Guillermo school, “the talk was very good. It touched on very good topics since parenting is always complicated”. A similar opinion was shared by Varinia Olivos, proxy of the Reyes de Barrio de La Florida school, since for her the sessions have been of value and learning. “I loved the information I received,” said Olivos who also said that her husband, who would not be present at the meeting, ended up sitting down to listen to the topics that were being discussed, as he found them relevant to implement in his family.

“The programs of the Foundation’s Sports area are implemented collaboratively with the communities and with a cross-cutting gender approach. We seek to promote the development of socio-emotional skills through sports practice and working with various stakeholders in the ecosystem, together with the caregivers of the participating children and adolescents,” said Jaime Pizarro, director of the Sports area of the Luksic Foundation, who also expressed his joy at the success of the first week of parenting.

The series of talks, which are held every week at different times, are online through the Zoom platform and the registration links are sent through the WhatsApp group of each sports school.

“It is very convenient that they are online since we organize with my husband, I connect the phone to the speaker and we settle down to listen,” commented Varinia Olivos who has participated in two talks.

“I invite all parents and guardians to participate in these talks as they help us a lot as parents in raising our children”, concluded Varinia Olivos. 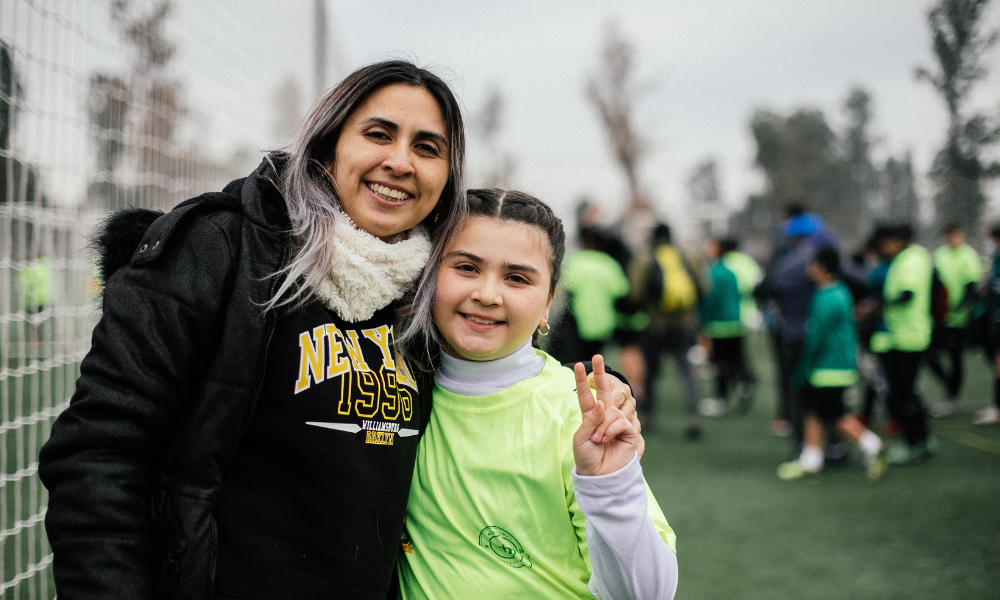