This Saturday the community evaluation process took place, in which neighbors of Calle Larga analyzed the relevance of the projects presented by 18 social organizations of the commune.

Recycling and environmental care, the creation of recreational areas, the installation of security elements and the improvement of neighborhood centers are part of the needs addressed by the 10 winning projects of the first version of the Colabora de Calle Larga program, promoted by the Luksic Foundation to promote the development of the commune.

The results were announced this Saturday, July 2, after an intense day of community evaluation held at the premises of the Pascual Baburizza Agricultural Institute. The event was attended by representatives of the pre-selected initiatives, who analyzed the feasibility, sustainability, coherence and impact of the projects presented by their peers.

After reaching a consensus, the representatives of the 18 non-profit social organizations that had been pre-selected chose the 10 winning initiatives, represented by neighborhood councils, sports clubs and parents’ centers of educational establishments located in Calle Larga.

Pablo Quiroz, president of the Crucero del Inca neighborhood council, was one of the beneficiaries of the “Playground” project. The neighbor says that the initiative “arose from the need to provide a common space for the children of the sector. As a community we are very happy, because we worked hard for this project and I was convinced that we could win”.

Another of the winning initiatives corresponds to the Búfalo Sports Club, which specializes in rugby for people in wheelchairs. The initiative seeks to transfer knowledge to the members of the organization, so that they can repair their own clothing. “This is the first project we applied for and won, so it’s a very nice surprise. We are very happy because it is a great step forward for our organization and we want to make the most of it,” said Alexis Barraza, a member of the club.

The good news also reached the residents of Villa San José. Edith Mazurett, president of the neighborhood council, explained that their initiative to improve the neighborhood center was very important, since “80% of the people who live here are senior citizens. They use this space as a vaccination center, to acquire optical glasses and as a meeting place in general”.

After the results of this process are announced, the beneficiaries must sign an agreement for the execution of their projects, the financing amounts of which vary between $1 million and $2 million. As for the execution period, the terms and conditions indicate that these must be carried out between July 11 and August 6, 2023.

Constanza Fernández, director of the Territorial Linkage area of the Luksic Foundation, made a positive assessment of this first intervention with the community: “The evaluation process had great participation and collaboration from the community. The definition of the winners was not easy, as we received really good initiatives to address different community needs. That makes us happy, as it accounts for the talent in the commune and its ability to manage and respond to everyday needs”. 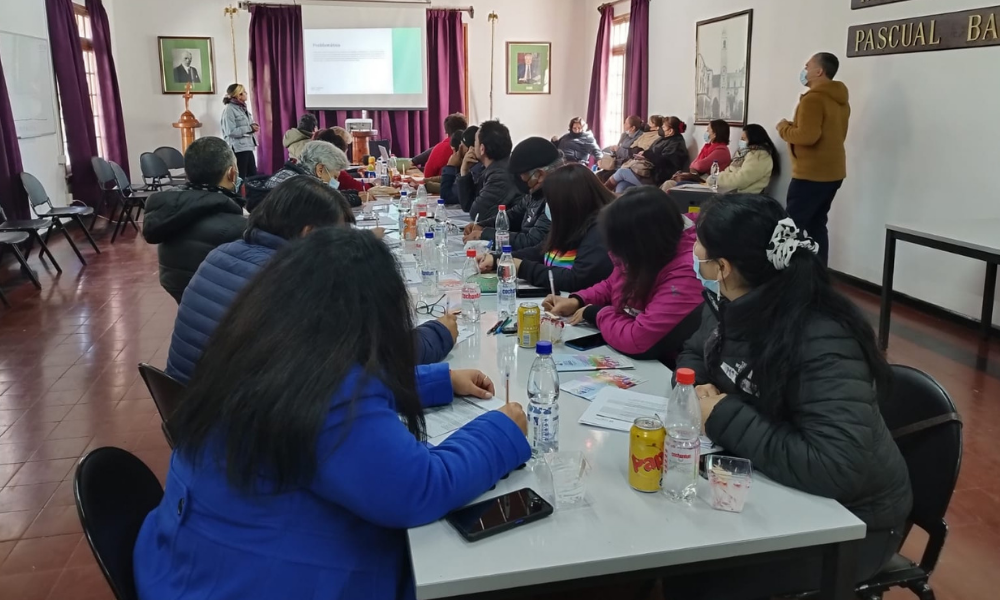