After 6 months of training, the first version of the Despega Mujer program of the Fundación Luksic has been successfully completed

According to the study “Female employment and Covid-19: Diagnosis and proposals of the UC Public Policy Center”, which revealed that the participation rate of women reached 47% in 2020, thus returning to 2010 levels (46.8%).

Aware of this complex scenario, in March the Fundación Luksic launched the first version of Despega Mujer, a program that aims to empower women who already have an excellent entrepreneurial profile, in order to encourage them to move to a higher business segment, through comprehensive support with a gender focus.

On Tuesday, December 14, the 20 women entrepreneurs who won the first edition of the program participated in the closing ceremony, bringing to an end a six-month process during which they participated in classes, received personalized mentoring from Corporación Simón de Cirene, and received financing of $2 million pesos each to invest in their businesses. The entrepreneurs were invited to apply through the Fondo Esperanza organization.

The women participants in the program, from the Antofagasta, Los Lagos and Metropolitan regions, successfully completed this learning period, which enabled them to strengthen their businesses and acquire new management skills. In addition, the financing enabled them to purchase, for example, new machinery, merchandise and remodel their premises.

“During this time, each of you demonstrated that passion, commitment and the desire to move forward with your businesses are much greater than any obstacle. Never doubt your abilities and strength,” said Alvaro Ipinza, general manager of the Fundación Luksic, during the ceremony, which was held virtually.

Karla Díaz from Antofagasta, one of the 20 winners, referred to the opportunity of having been part of the program and said that “during all this time we had the support of several work teams, giving the best of themselves, as a friend would do. Their teachings have had a deep impact on all of us, on our businesses, on our families. They came at the right time, they took us at the precise moment when we needed them to trust us and gave us the knowledge we needed to grow”.

In addition, each entrepreneur was accompanied by an expert mentor to support them with their business. “It is much more than mentoring. It is an integral accompaniment, where the most important thing was to listen to them to learn about the vision and dreams they have for their businesses. With this information, we were able to guide the entrepreneurs -all valuable, talented and intelligent women- so that they could best realize their projects. I would also like to emphasize that the gender focus of the program, with both mentors and entrepreneurs being women, allowed for a greater connection between the two,” explained María del Mar Arahuetes, a commercial engineer by profession, who participated as a mentor in this first version of Despega Mujer.

Finally, the program ended with the learning circles run by the Corporación Construyendo Mis Sueños, which consist of spaces for conversation, follow-up and group accompaniment among the selected women.

In order to reach more women in Chile with this comprehensive support, the Luksic Foundation launched the second edition of the program during the second half of the year. Currently, 50 women from the regions of Coquimbo and Biobío are participating, who in this opportunity were invited to participate through Fondo Esperanza and Banigualdad. 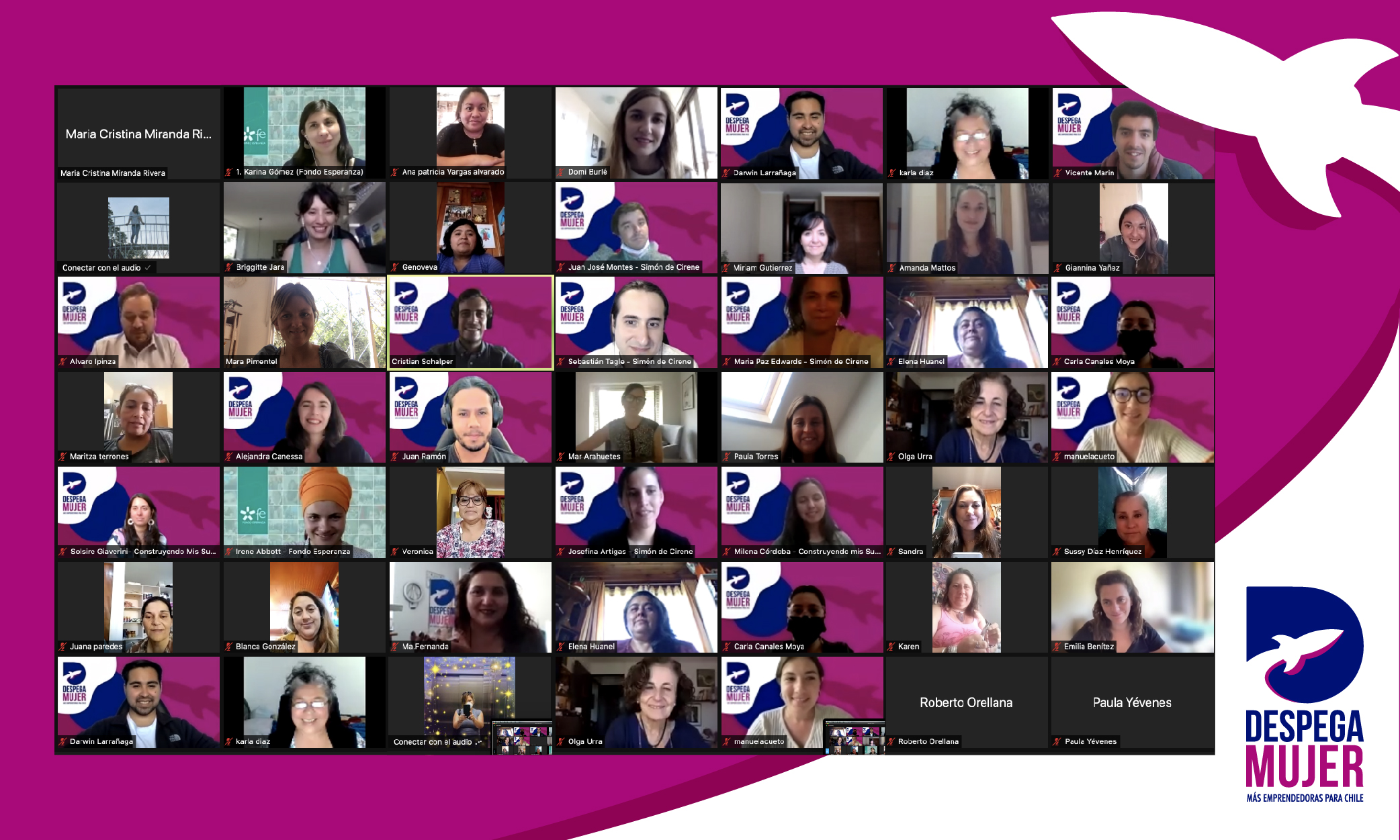